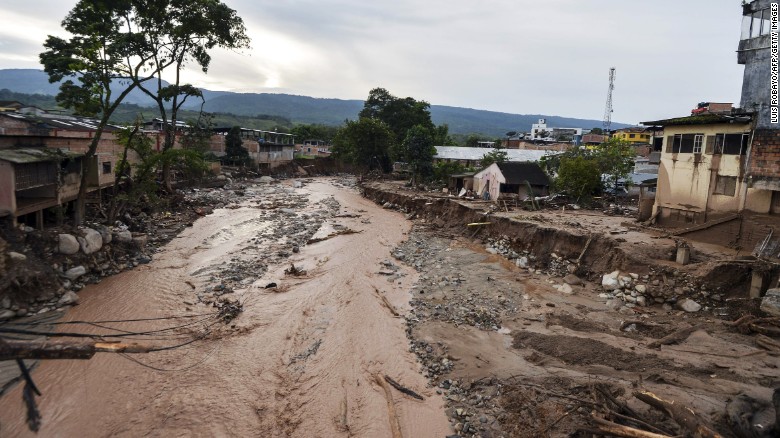 (CNN)Rescuers in southern Colombia were scrambling Sunday to reach more than 100 people who are missing after devastating mudslides tore through entire communities.

Hundreds are reported dead after torrential rains Friday night caused three rivers surrounding Mocoa, in Putumayo province, to overflow — sending a torrent of mud surging through the city.
Reports of the exact number of those killed in the rugged, remote area vary. The Colombian military said at least 254 are dead and around 400 more injured. The Red Cross reports 234 deaths and said that 158 people were missing. A police officer was among the victims, federal officials said. 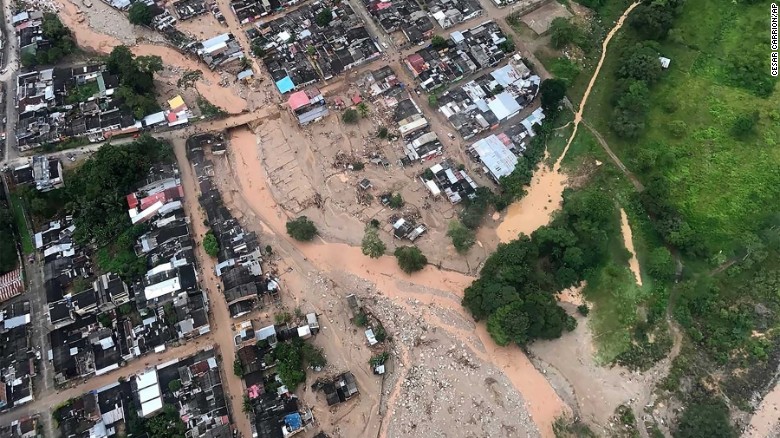 Photos: Deadly mudslides ravage Colombia
Rain battered southwestern Colombia on March 31, leading to deadly mudslides in Putumayo province. The town of Mocoa was severely damaged when as a mudslide tore through it. This April 2, 2017 photo shows the extent of the destruction.
President Juan Manuel Santos has declared a state of emergency. Santos put the death toll at 254 but told reporters at the scene that the number could climb.
“The first thing I want to say is that my heart, our hearts, the hearts of all Colombians are with the victims of this tragedy,” he said.
Santos said 43 children were among the dead, and 22 more were hospitalized. Several children have been reunited with their parents; many children are in shelters, he said.
“There are still many missing people. We don’t know where they are. That’s why the system is still trying to locate them and will continue to do so until we find the last person.”
Earlier Santos said, “Many people are coming to us saying, ‘My son is missing, my father is missing, my mother is missing.”
Photos:

Authorities have identified about 170 of the dead, according to the president.
“Here we are facing a disaster caused by nature, by climate change,” Santos said earlier. He added that the region received nearly 500 millimeters of rain in March, which he said is about 80% more than the usual amount for the month.
Heavy rains, high levels of deforestation, informal housing and dense human populations are some factors that can leave communities vulnerable to landslides, scientists say.
Source: CNN NEWS
Collected by RG