Sarat Chandra Chattopadhyay, one of Bengal’s most prolific novelists and short story writers of early 20th century, is considered as a relentless story teller of Bengali literature. As an active spokesman of the Bengali Renaissance, he has woven many revolutionary topics with his lucid, unsanskritized vocabulary and simple style of writing. 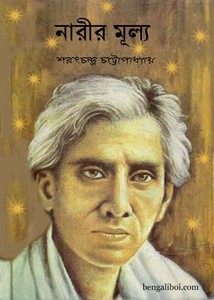 Chattopadhyay, a wanderer and lover of nature, was born at Debanandapur, Bengal Presidency in India on September 15, 1876. Motilal Chattopadhyay, his father, was an aspiring writer who held irregular jobs to support his family. But he spent his days dreaming, idling, and never finishing any of his works that led the family into extreme poverty.

Sarat Chandra’s mother, Bhuvanmohini, took care of the family and thus his childhood was mostly spent in his mother’s family home at Kedarnath Gangopadhyay’s house in Bhagalpur.

He started writing and acting in plays in his early teens when he was a school boy. Two short stories from this period to have survived are Korel and Kashinath. He wrote Kashinath under the name of his classmate at the age of 17.

He was a good student and got a double promotion that enabled him to skip a grade. After successfully passing Entrance Examination from Hooghly Branch High School in 1894, He got admitted to the Tej Narayan Jubilee College. However, his family’s poverty forced him out of pursuing further studies and he could not take his First Arts examination. After leaving college, he spent much of his time interacting with friends, acting in plays, and playing games and sports with the members of Adampur Club in Bhagalpur city. During this time, he organized a literary gathering at the house of neighbouring Bibhutibhusan Bhatta. Several of his famous novels and stories like ‘Borodidi’, Devdas, Chandranath, Shuvada, Anupamar Prem, Aalo o Chaya, Bojha and Haricharan were written during this period.

Sarat Chandra’s first novel, Borodidi, was published on the Bharati in 1907 and brought him almost instant fame.

Moving back to India in 1916, Sarat Chandra joined the Calcutta High Court as a translator and devoted himself to writing. It was during the time when he got involved in India’s freedom struggle and served as the president of the Howrah district branch of Indian National Congress from 1921-1936.

Among Bengali novelists, he could first to depict the social issues, tragedies, struggle, contemporary social practices, and everyday life that touch the ordinary people who are living far away from the cities — in the tranquillity of nature, growing old among the rivers, trees and farm lands.

Being a staunch feminist, Sarat Chandra voiced his protest defiantly against the core Hindu orthodoxy to break societal rules that went on in the name of religion promoting patriarchy, superstition, bigotry, social discrimination, injustice, and sufferings of the women. In Swami and Parineeta, he talked about the situation of women in a patriarchal society frankly and honestly what makes his writings quite authentic and revolutionary.

In his attempt to draw attention of the readers to the social problems, He spoke against the standard social systems and criticized the caste system as well as the religion prevalent at that time.

In his novels and short stories, the achievements of the protagonist are limited, so do their tragedies or sufferings. However, the inner strength of his characters, although they do not try to achieve something great, makes them attractive to an admirable level.

For his having a humanistic approach towards marriage and family life, He faced bitter criticism from the Orthodox Hindus but he never stopped writing.

This most popular, most translated, most adapted, and most plagiarized Indian author of all time breathes his last on January 16, 1938.