1. Vitamin DLads with low levels of the sunshine are more likely to have penis performance issues, as getting more vitamin D can boosts your erection and performance between the sheets.

Researchers from the University of Milan in Italy found that having a vitamin D deficiency can increase your risk of erection issues.

The team tested 143 erectile dysfunction sufferers and discovered nearly half of them had low levels of the sunshine vitamin and only a fifth had optimal levels.

Men with the most extreme cases of ED had 24% less vitamin D than lads with mild erection problems.

But this wasn’t the only study to notice a link between trouble getting it up and the natural nutrient.

Scientists at Johns Hopkins University studied 3,400 healthy Americans and those who had a vitamin D deficiency were nearly a third more likely to have issues with getting hard.

“Checking vitamin D levels may turn out to be a useful tool to gauge ED risk. The most relevant clinical question then becomes whether correcting the deficiency could reduce risk and help restore erectile dysfunction.”

You can get a little bit of vitamin D from foods like oily fish, eggs and cereals but for most people the bulk of their vitamin D comes from sunlight.

But since it’s dark towards the end of the year, scientists have now suggested everyone over the age of one should be getting 10 micrograms of vitamin D every day to protect bone and muscle health.

2. WatermelonWatermelon has been dubbed “nature’s Viagra” by Italian scientists so you can suck up its benefits by making a tasty smoothie out of the fresh fruit and a little lemon juice.

According to a study published in the journal Urology, watermelons have high levels of the amino acid called citrulline which triggers the body’s blood vessels to relax and dilate while improving circulation.

So the summer snack has a similar effect to taking the ED drug – but without the dodgy side effects.

You’d have to eat at least six slices of the juicy treat to get the same effect, but watermelon isn’t “organ-specific” like the impotence pill.

To make your own natural homemade Viagra, slice a watermelon into small pieces and scoop it into a blender – aim to make about one litre of watermelon juice.

But don’t forget about the rind because it actually contains 60% more citrulline than the flesh, so pop that in the food processor too.

Pour the watermelon juice into a saucepan and bring it to boiling point while squeezing in the juice of a lemon.

Once the liquid has reduced by half, transfer the concoction to a container and pop in the fridge until you’re ready to drink it. 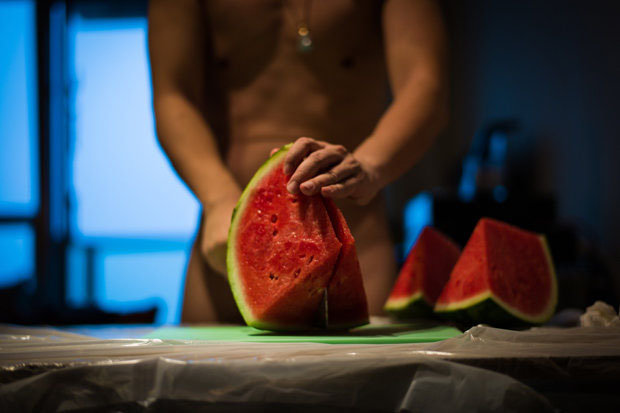 Korean red ginseng is believed to boost penis potency and act as a natural remedy for erectile dysfunction.

It’s possible that the herbal supplement, also known as Panax ginseng, could be a performance-enhancing bedroom antidote and homeopathic alternative to Viagra.

In one study, published in the International Journal of Impotence Research, 60% of men suffering from mild to moderate ED had improved erections after swallowing Korean red ginseng supplements for eight weeks.

In particular researchers found that it had a small but significant effect in helping guys maintain erections and achieve successful penetration.

Researchers said: “Korean ginseng berry extract improved all domains of sexual function. It can be used as an alternative to medicine to improve sexual life in men.”

If you want to try the natural schlong saviour, the American Academy of Family Physicians (AAFP) advise taking 900mg of red ginseng three times a day.

4. CoffeeA kick of caffeine can perk you up in more ways than one.

Not only does coffee boost your metabolism and get your blood pumping, it can also make you last longer in the sack.

A hot cup can release fat stores giving you more energy to keep going all night.

Researchers from the University of Texas Health Science Centre at Houston found that lads who downed the caffeine equivalent of two to three cups of coffee each day were less likely to have erection issues compared to non-coffee drinkers.

Interestingly the connection between caffeine and strong erections was most apparent in overweight guys – perhaps because carrying too many extra pounds can cause you to go limp.