::By the planning editors of Tarunnoloak.com :: 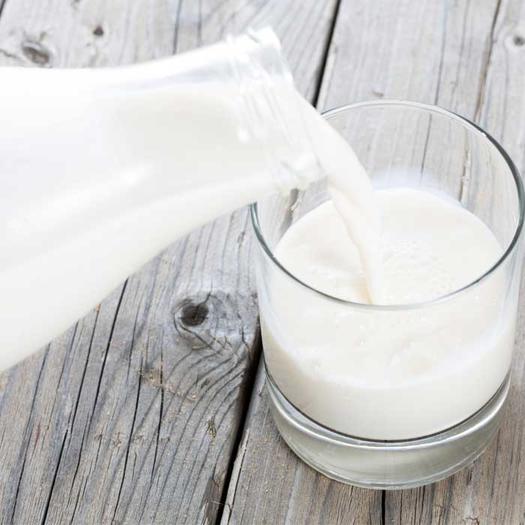 “Mother Nature’s prescription for a healthy sex life includes high-fat animal foods, such as whole milk, cream, and butter,” says Kaayla T. Daniel, nutritionist and author of The Whole Soy Story: The Dark Side of America’s Favorite Health Food. We require plenty of fats, but the natural, saturated kind (not the trans fats in margarine and grease) in order to produce sex hormones. 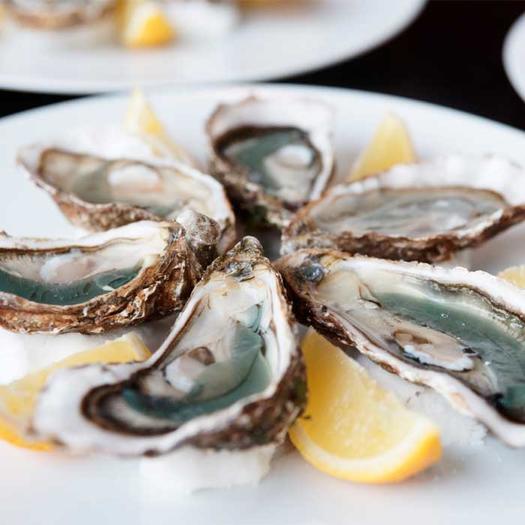 You’ve heard what they say about oysters—and as it turns out, the urban legend is true. The seafood delicacy has earned its reputation as an aphrodisiac thanks to its high levels of zinc, a nutrient which helps produce sperm and increases libido.

Asparagus and Other Veggies 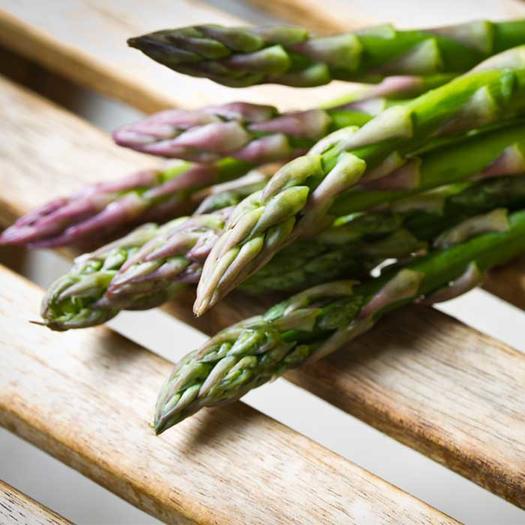 The health nuts are on to something. As if veggies couldn’t get any better for you, Genie James, author of In the Mood Again, recommends natural hormone-balancing foods like asparagus to help boost your sex drive. 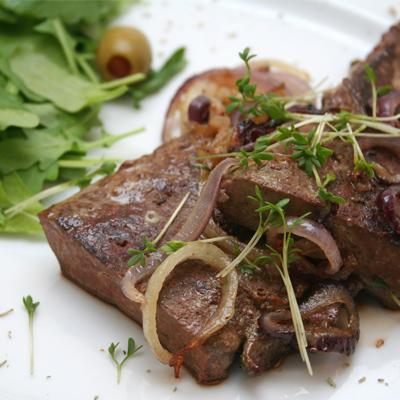 It may be hard to find someone who enjoys eating liver, but it can make you a better lover, so why not try it? The reason: Liver is loaded with zinc, which is necessary to maintain optimum levels of testosterone. “Inadequate zinc levels prevent the pituitary gland from releasing hormones that stimulate testosterone production,” James explains. “Zinc also inhibits the aromatase enzyme that converts testosterone into excess estrogen.” 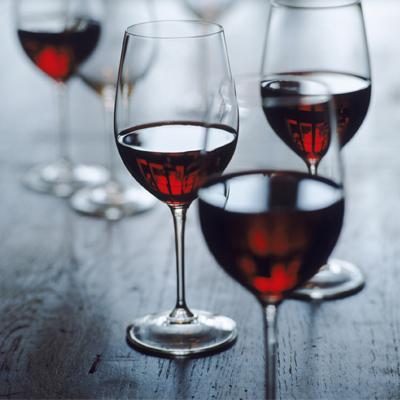 After surveying 800 women between the ages of 18 and 50, researchers at the University of Florence found that women who drank two glasses of red wine a day had a higher libido than those who preferred other alcoholic drinks or were teetotalers. Drinking pinot noir, cabernet, and other reds helps decrease inhibition—just don’t go too crazy, as too much alcohol can serve as a sedative. 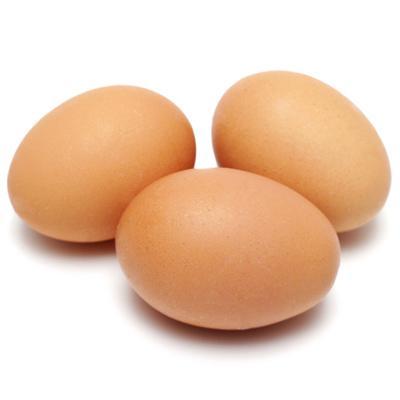 We knew we loved the incredible, edible egg for a reason! Not only are eggs an ancient symbol of fertility, they’re also high in vitamins B5 and B6, which help balance hormone levels and fight stress. 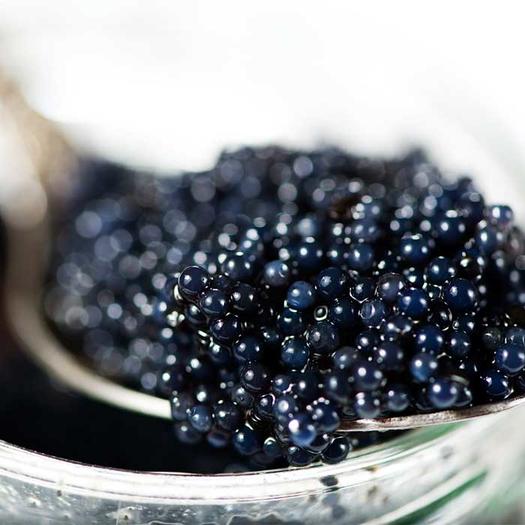 And of course, caviar is a type of egg too! It contains the same B5 and B6 vitamins that chicken eggs have, which balance hormone levels. 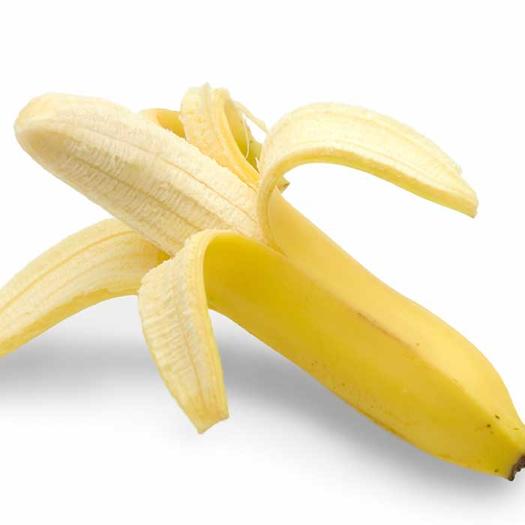 Penis jokes aside, bananas really do help you get in the mood. They’re loaded with potassium, magnesium, B vitamins and the bromeliad enzyme—ingredients that enhance the male libido. 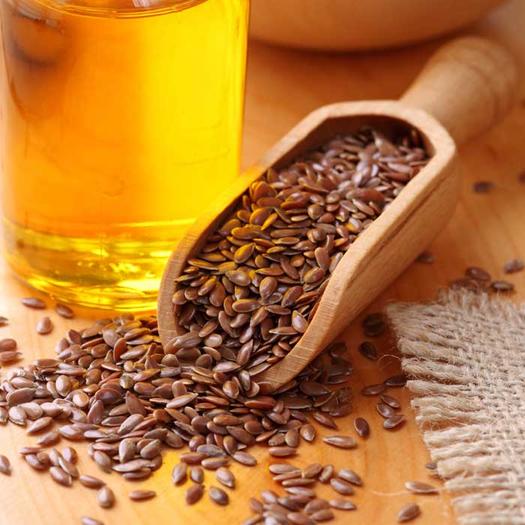 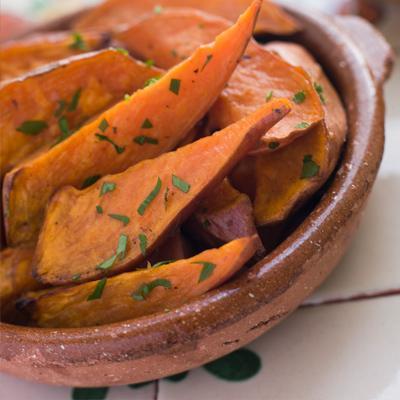 Sweet potatoes are not only a healthier alternative to French fries, they’re also a good “sex” food. It’s simple—your body transforms the beta-carotene found in the vegetable into vitamin A, which keeps your vagina and uterus in good shape, plus helps produce sex hormones. 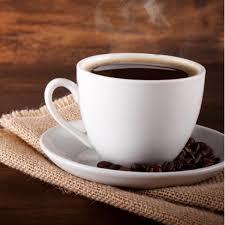 Who knew that our morning cup of joe would be the very thing to enhance sexual arousal. Caffeine can put you in the mood. We might think twice next time we drink it during our morning meeting. 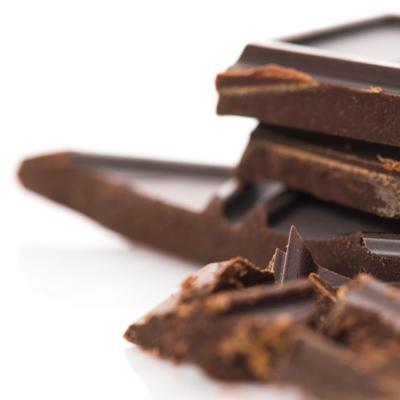 Chocolate contains theobromine, a stimulating alkaloid similar to caffeine. It also produces serotonin, a chemical that help enhance feelings of happiness in your brain. 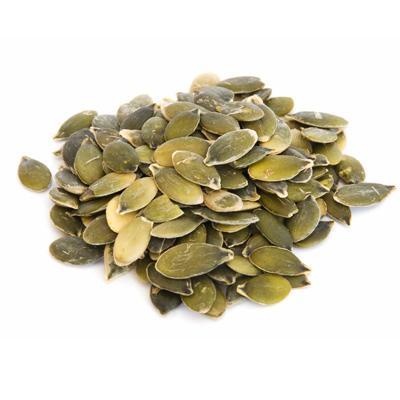 Save the seeds from your jack-o-lanterns next Halloween: They’re one of nature’s richest sources of zinc, which is said to elevate testosterone levels. 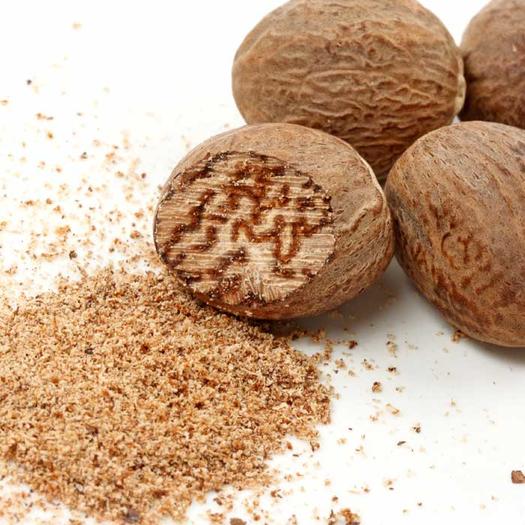 According to Indian researchers, nutmeg extract is an aphrodisiac. Simply put, it stimulates nerve cells and blood circulation, which boosts sexual desire. Try adding it to your coffee for a double dose of sexy. 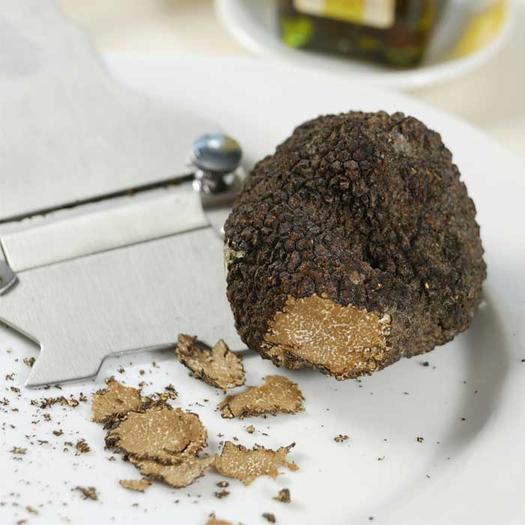 There’s a special chemical in truffles—the fungus used in fine foods—that researchers have found that female pigs are attracted to. Try some truffle mac and cheese tonight to see if it works for you, too. 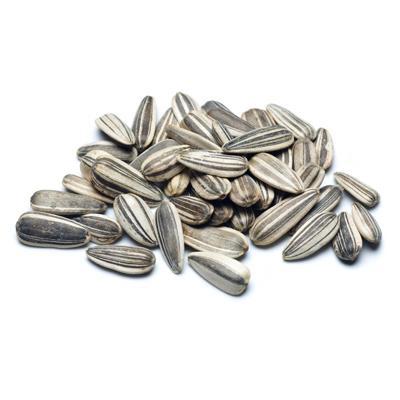 Like oatmeal and pumpkin seeds, sunflower seeds have a similar effect to boost hormone levels and sex drive, thanks to the good oils they contain. 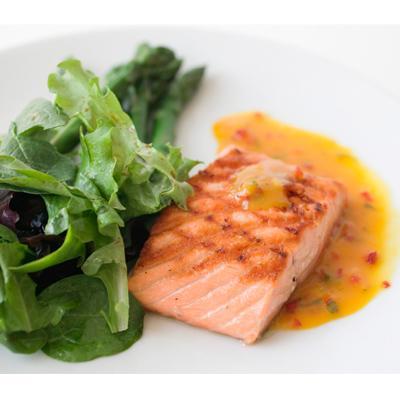 Fatty fish to be exact has been linked to increasing sex drive. Try mackerel, herring, trout, sardines, and albacore tuna, which contain the omega-3 fatty acid. That’s one reason why men struggling with low libido take a fish oil supplement.

Peanuts are high in zinc, which has proven to help the body produce healthier sperm by increasing sperm count and motility. “A USDA study found that semen volume dropped 30 percent when zinc intake was low,” James says. 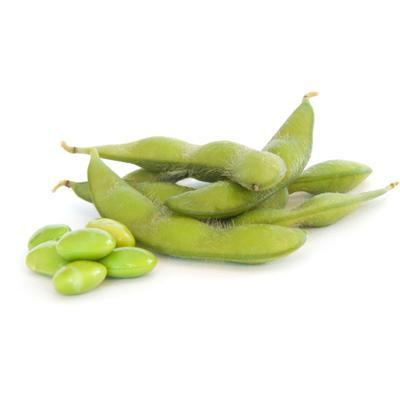 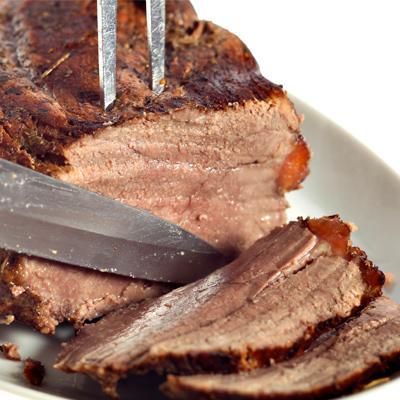 Like liver, roast beef is also loaded with zinc. But for nutrition’s sake, if you’re going to eat roast beef to amp up your sex drive, go with the low-fat kind, such as that found in the beef shoulder, shank, and chuck, which contains about 10 mg of zinc per 100 g serving. 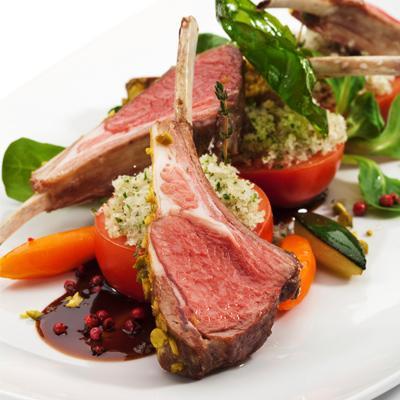 Like liver and roast beef, lamb also has a lot of zinc in it. Try Middle Eastern and Mediterranean dishes made with the meat. 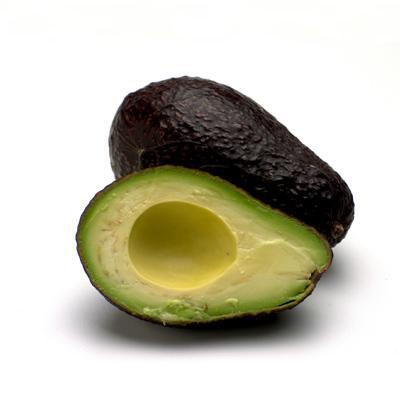 Avocados’ sexy shape mimics the curves of a female body, but the sexual characteristics don’t end there. The fruit also contains vitamin B6 and potassium that gives the system a sexual boost. Spanish priests in history forbade them to their parishioners, in fact. 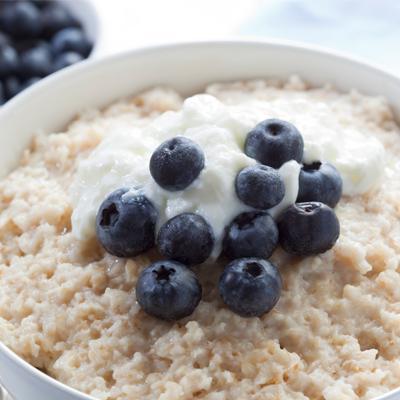 By the same token, oatmeal is also in that phytoestrogenic food group. In fact, anything with bran, like wheat and rye, are also on that list. So what are you planning to eat for breakfast tomorrow? (Wink, wink!) 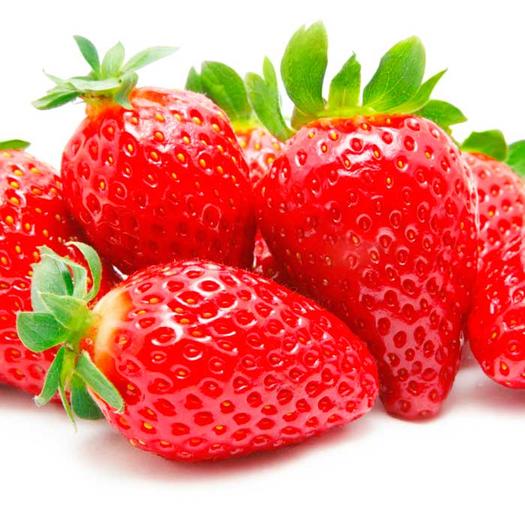 Eating this sweet fruit—especially when dipped in libido-boosting dark chocolate—can be sensual enough on its own. But these berries can also help improve circulation, which in turn is crucial for sexual health in both men and women. Plus, they’re rich in vitamin C, which along with antioxidants has been linked to higher sperm counts in men. 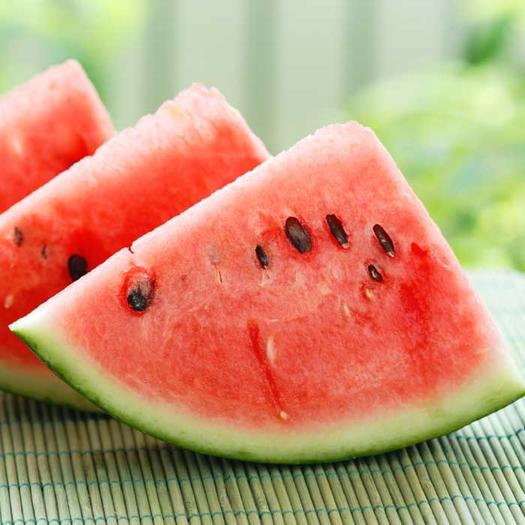 It turns out this summertime favorite may be better off for Valentine’s Day than the Fourth of the July. Scientists at Texas A&M found that the phytonutrients in the low-calorie fruit, including lycopene, beta carotene and citruline, can help relax blood vessels—much like Viagra does—and may help increase libido.